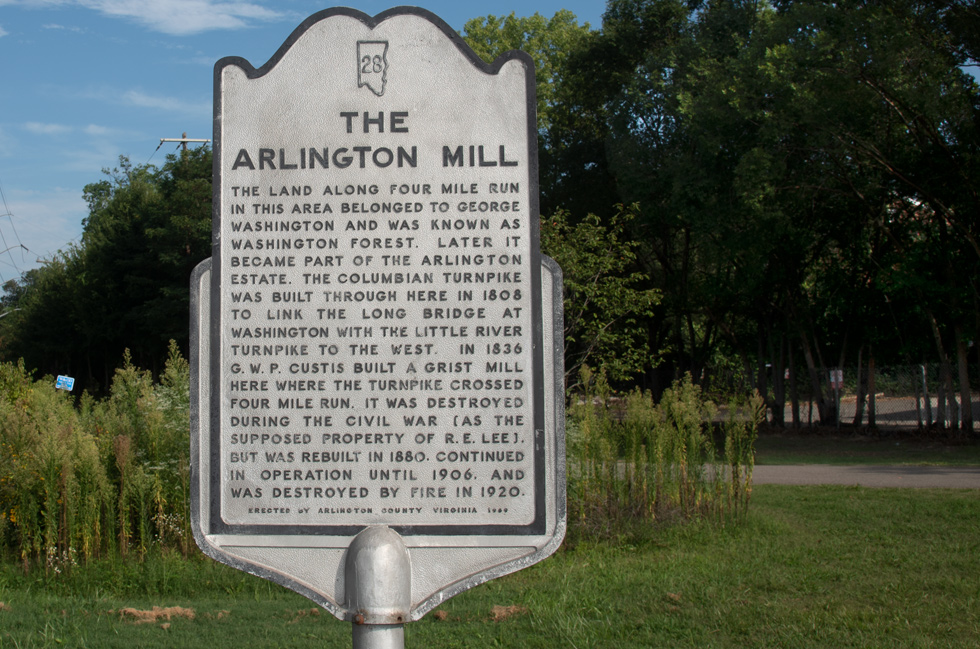 The land along Four Mill Run in this area belonged to George Washington and was know as Washington Forest. Later it became part of the Arlington Estate. The Columbian Turnpike was build through this area in 1808 to link the long bridge at Washington with the Little River Turnpike to the west. In 1836 G.W.P. Curtis built a grist mill here where the turnpike crossed Four Mile Run. It was destroyed during the civil war and rebuilt in 1880. It operated until 1906 and was destroyed by fire in 1920. Plaque is located at the entrance to Glencarlyn Park


The original sign before the neighborhood' name was changed to Arlington Mill in 2015.